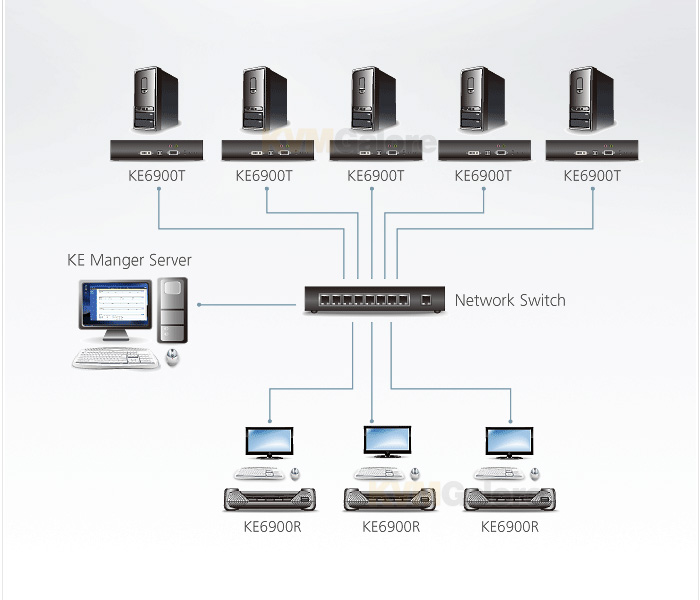 Utilizing expertise in Over IP KVM solutions, KE6900 series is an IP based DVI KVM Extender that allows access to a computer system from a remote USB console (USB keyboard, USB mouse, DVI monitor) anywhere over an intranet.

The DVI KVM Over IP Extender consists of a Transmitter unit that connects to the computer and a Receiver unit that provides console access from a separate location. The computer is accessed from the remote console over a standard TCP/IP network via Cat 5e cable that allows point-to-point, point-to-multipoint, and multipoint-to-multipoint administration. This is perfect for use in any type of installation where you need to place the console where it is convenient, but you want the computer to reside in a secure location - away from the keyboard, mouse and display in use.

With an OSD, RS-232 support, and Auto MDIX, KE6900 is the most cost-effective and convenient way to get a full digital extension from anywhere on the intranet.