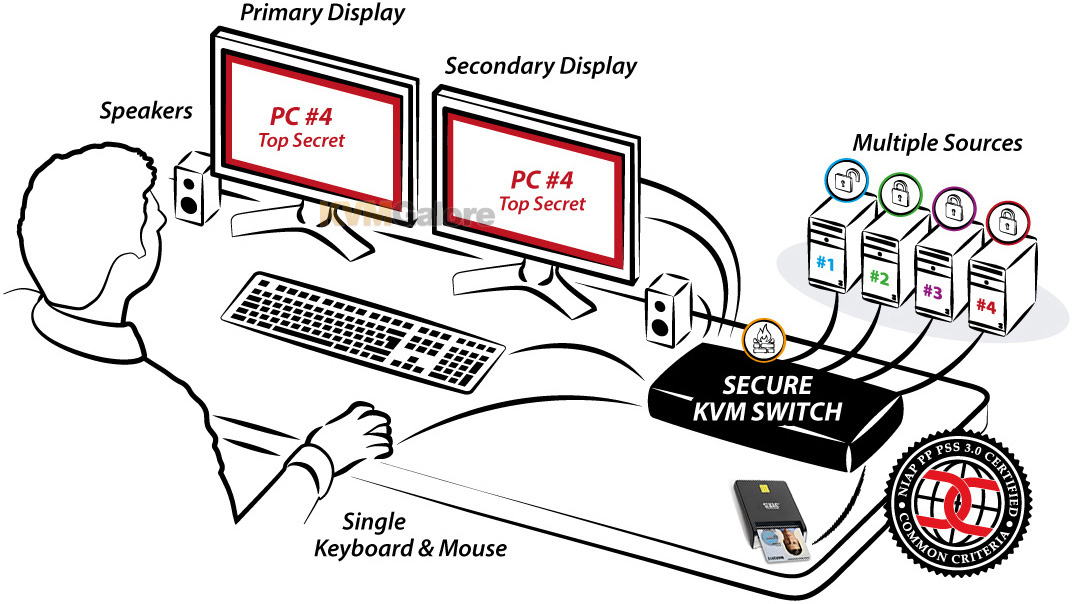 DPMST are secure DisplayPort 1.2a compliant devices. DPMST can control 2 or 4 computers with a single DisplayPort connection each, while providing the ability to view their video in an extended-desktop on two HDMI monitors.

The secure DPMST convert a single DisplayPort 1.2 input signal to two separate HDMI output connections through advanced MST technology. This allows a user to extend their desktop display to two screens and achieve resolutions of up to 4K (3840x2160 @ 30 Hz) on each connected monitor from any connected single-port DisplayPort computer.