FREE GROUND SHIPPING!
For additional views click on an image below

Buy this item and earn 1,199 ClubPoints.

EZWall-Plus 2x2 from SmartAVI is the perfect video wall solution for a wide variety of environments. With four single-link HDMI outputs, users can create an attractive and dynamic 2x2 video wall display.

EZWall-Plus 2x2 is capable of stretching any HD video input over four screens, while maintaining any resolution up to 1920x1080 on each screen. This powerful solution stretches and amplifies video imagery in multiple ways, including Wall Mode and Clone Mode. Better yet, EZWall-Plus 2x2 is plug-and-play ready, easy to use and install for AV integrators of any technical skill level.

Video Flip
Many HDTV displays have a bezel that is wider on the bottom than it is on the top and sides. Wall Mode video flip feature fixes this by allowing you to flip the top two displays in your video wall by 180 degrees, so that the wide bezels are not separating between the top row and the bottom row of the video wall.

Creative Configurations
EZ-Wall-Plus 2x2 features the ability to display HD video sources in a variety of attractive ways, including:

Wall mode: Project video onto all four screens on your video wall for a single 1080p Full HD 2x2 display

Clone mode: Populate the entire video wall with duplicated video from a single input source on each screen.

1x2 and 2x1 mode: Stretch video across two screens of your video wall, either vertically (1x2) or horizontally (2x1). 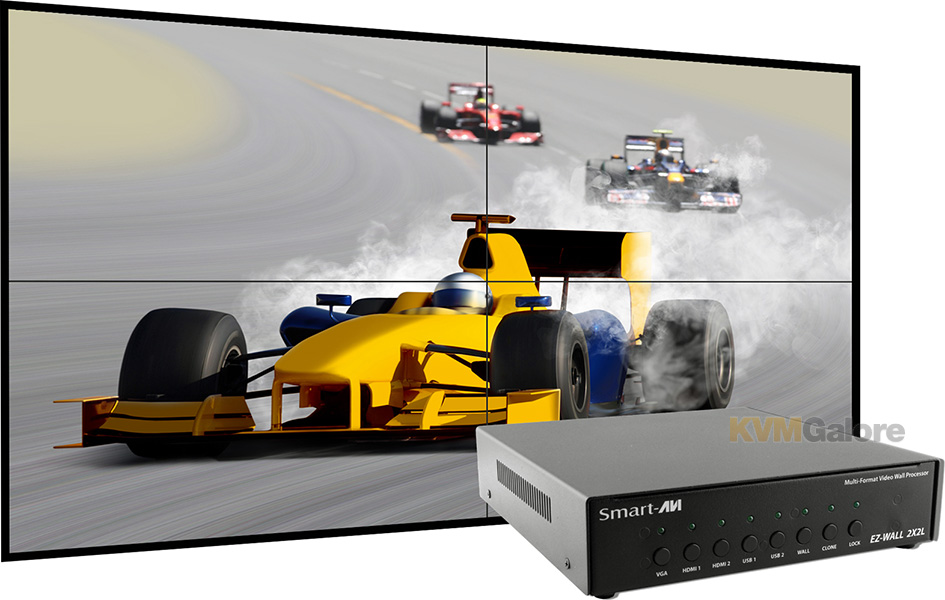